Welcome to The Great Pendragon Campaign!

Listen and hear the life of a great lord who, while he lived, had no equal in cottage or castle. This event took place in the time of Arthur, that King, courtly and royal, and is about one of his great adventures. Wherever he went, of all kings, Arthur bears the flower; of all knights, he bears the honor. The whole country was chivalrous in those days. All knights were valiant, and cowards were forever disgraced.

This is a game of medieval fantasy, played using feudal standards and offering a chance to experience vicariously that long-lost world, in both its brutal reality and its fantastic idealism. Every player character is a knight, thus having both the privileges of elite society and also the risky, often deadly responsibilities. These dichotomies, of brutal reality versus idealism, elite privilege versus deadly burden, are the basis for the game.

But the “reality” of this game is not a specific period of knighthood. The game crowds the entire Middle Ages into its framework, moving your character’s family through the equivalent of centuries of time. It begins in “the Dark Ages” and ends in “the War of the Roses,” allowing you to sample the developments of armor, weapons, castles, and customs in a process of accelerating change.

Between the kingdoms of men lie the mythical domains of Faerie—great dark woods and bright shining fields unexplored by human foot or thought. Entire kingdoms of immortals lie both beyond and within Arthur’s realm. Their cities and castles appear and vanish like mist. Their magical residents, such as the Green Knight, often visit the world of men. In turn, bold human questers sometimes enter the Faerie realm to seek the greatest adventures. 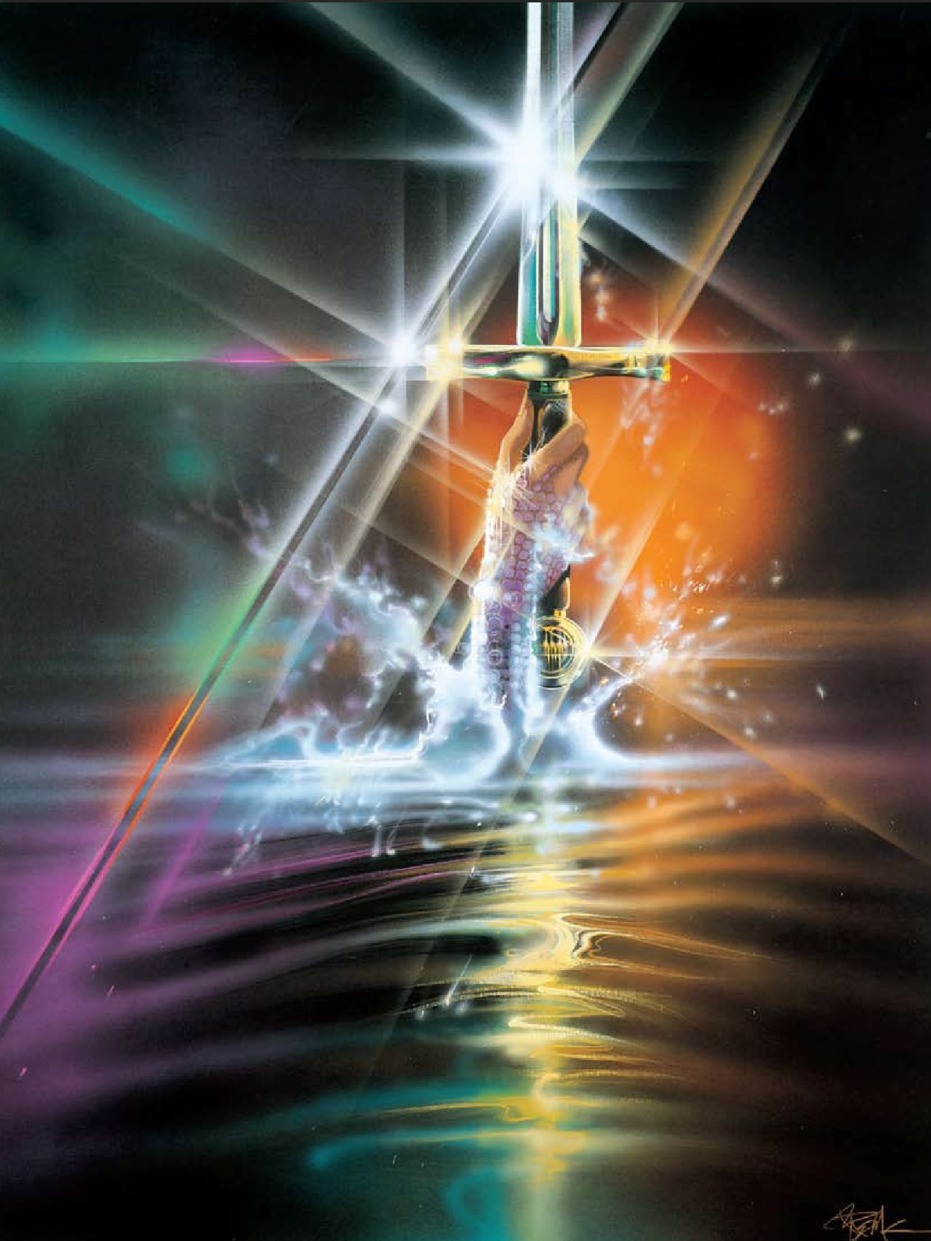 The object of the game is to acquire Glory. Everything a character does that is knightly helps to acquire Glory, and each time he earns 1,000 Glory points he has the chance to develop in ways denied to normal folk. He gets Glory through combat, chivalrous behavior, religious behavior, familial obligation, possessions and riches, and social position.

Warning: This game is potentially deadly to your player knights. Their job is one of combat, and the game is designed to be dangerous, not easy on them. Characters need to be careful! In any case, every character is going to die, either through violence (quite common) or through old age. This mortality makes the game more poignant and the characters more affected with the concerns of real people. But there is a solution to this mortality—a family. One of the concerns of the game is to raise a family. Thus, when your character retires from play, either through death or old age, then all his possessions go to his heir, the next character you will play. The coat of arms, horse, manor, and family name live on!

Hence, reputation is critical in the game. Everyone is a knight, but the kinds of knight one portrays can vary greatly from one’s fellows. A character’s actual behavior is always up to the player, but certain behaviors earn more Glory than others. Everyone is judged on the thirteen paired traits, which denote the most important types of knightly behavior. Everyone also has certain passions, such as loyalty to their feudal lord, love of their family, and obedience to the laws of hospitality. Most people have other passions as well, be they love for a paramour or wife, hatred of enemies, or loyalty to a certain group or brotherhood. These things are important, for when fired by a passion, a knight can obtain nearly superhuman prowess!

The Pendragon game moves quickly through time. The objective is to go through almost ninety game years, covering the entirety of King Arthur’s life. Your first character might well be on hand to learn of the conception of the great king, fight through the anarchy before his reign, and witness him drawing the sword from the stone. Later, he, or his family, will participate in the great and deadly battles of Arthur’s reign. Most likely, though, it will be his progeny who share in the period of High Adventure, when questing and love rule the court, and it might be his grandchildren who witness the decline of the Round Table, the great Grail Quest, and the final destruction of all that is wondrous in the final battles.

The history of Pendragon is not static. Customs change, armor improves, new weapons and better horses become available. The pace of these changes is set so that fifteen years of game time approximate a hundred years of real-world medieval history, bringing the campaign not just through the Arthurian story, but also through the entirety of the Middle Ages. Pendragon offers a chance to be a part, vicariously, of the greatest epic of Western literature in a way that can thrill, challenge, affront, and entertain. Its unique features bring the important aspects of medieval feudalism and Arthurian chivalry to imagined reality in a series of enjoyable sessions that you will never forget.

A Matter of Britain Comments

Where to get a character sheet?

The best place to have questions answered regarding the game is at Chaosium’s Pendragon forums: https://basicroleplaying.org/forum/68-pendragon-prince-valiant/

Cheers and good luck with the game!

How to make a character???

Nice work! I’ll steal your way of showing house rules.
(I actually stole some of the rules too, if that is ok. I’ll give a link in my article.)